Sign Up to our social questions and Answers Engine to ask questions, answer people’s questions, and connect with other people.

Lost your password? Please enter your email address. You will receive a link and will create a new password via email.

Sorry, you do not have a permission to ask a question, You must login to ask question.

Please briefly explain why you feel this question should be reported.

Please briefly explain why you feel this answer should be reported.

Number of casualties still unknown as President Xi orders probe into the crash of flight MU5735 in Guangxi province. 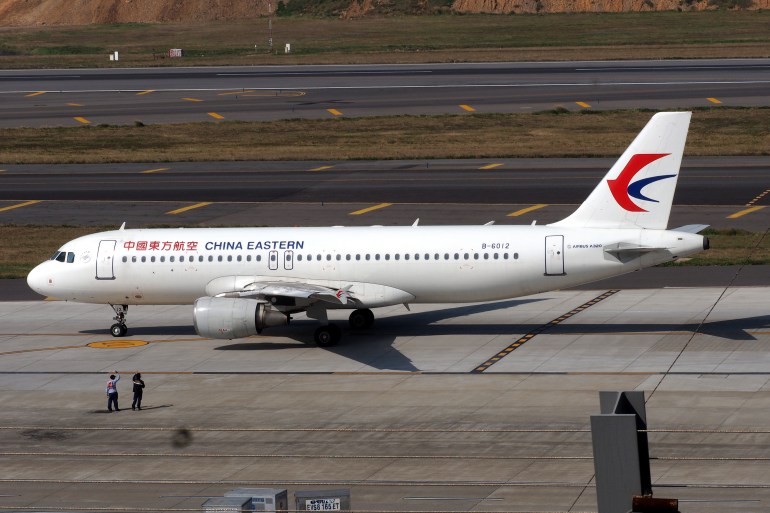 A China Eastern Airlines passenger plane carrying 132 people has crashed in southern China, shortly after losing contact with air traffic control and dropping thousands of metres in under three minutes.

There was no immediate confirmation of the number of casualties, but the disaster prompted an unusually swift public reaction from President Xi Jinping, who said he was “shocked” and ordered an immediate investigation into its cause.
The airline “expresses its deep condolences for the passengers and crew members who died in the plane crash,” it said in a filing with the Shanghai Stock Exchange.

There was no word on the cause of the crash of the plane. State broadcaster CCTV said the crash “caused a mountain fire” which was later extinguished.

The Boeing 737-800 flight from the city of Kunming to the southern hub of Guangzhou “lost airborne contact over Wuzhou” in the Guangxi region on Monday afternoon, according to the Civil Aviation Administration of China (CAAC).

“This flight has crashed,” the CAAC said, adding the jet was carrying 123 passengers and nine crew members.

A Boeing spokesperson said “we are aware of the initial media reports and are working to gather more information.”

Hundreds of firefighters were dispatched to the scene in Teng county near the city of Wuzhou, state media reported, as nearby villagers rushed to help the rescue effort.